It was barely a minyan that founded Temple Israel in West Palm Beach in 1923. That was the same year that Cecil B. DeMille premiered his acclaimed silent film “The Ten Commandments”.  And the town was barely a blip on a map, incorporated only a matter of 30 years earlier by Henry Morrison Flagler who envisioned the backwater a perfectly habitable paradise.

A handful of other visionaries – six Jewish families who were living in this emerging community – joined together to create a synagogue.  With a shared commitment to the ideals of progressive Judaism, they succeeded in their goal and Temple Beth Israel (as it was then known) was officially dedicated the next year.  Throughout the following nine decades, this synagogue has evolved to become an enduring pillar of inspiration, celebration and transformation for a congregation comprising generations of early members, families who’ve shared full life cycle experiences, newcomer arrivals to the area, plus those who join us on a seasonal basis. With an exquisite and enviable location on Flagler Drive, overlooking the Intracoastal Waterway, Temple Israel acquired the property in 1950 and officially dedicated the sanctuary at Shabbat services on Friday, February 20, 1953. In 1973, the congregation celebrated its 50th anniversary with the burning of the mortgage. 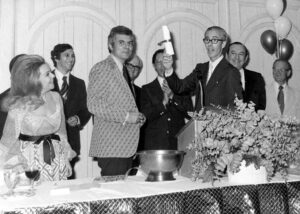 Part-time rabbis led the congregation until 1930 when Dr. Carl N. Herman became the first full-time spiritual leader, serving for the next 17 years.  The handful who succeeded him also left their marks, ably leading Temple Israel and inspiring a continually growing congregation.  In 1981, Rabbi Howard Shapiro was named spiritual leader and remained in that position until 2008, when he became — and continues as – Rabbi Emeritus.  Temple Israel made history in 2012 with the hiring of its and Palm Beach County’s first female congregational rabbi – Rabbi Cookie Lea Olshein. Much like her predecessors, she put social activism high on a list of synagogue priorities, along with education and study – hallmarks of Temple Israel.  In 2020, Rabbi Jeffrey Salkin was hired to further the mission of Temple Israel, bringing a wealth of experience and creativity.

Another distinctive Temple Israel trait is the integration of music in its services and rituals.  Traditional melodies, as well as more contemporary interpretations, resonate with worshipers.  Over the years, the congregation has enjoyed both professional choirs as well as those featuring volunteers from the temple membership, and also engages various cantorial soloists and performers.

Nearing its centennial, Temple Israel continues to fulfill the same sacred mission that has guided it over the past decades, offering the West Palm Beach Jewish community a Beit T’filah (House of Prayer), Beit Hamidrash (House of Study) and Beit K’nesset (House of Gathering).  Its doors open wide to be as inclusive and egalitarian as possible – welcoming not only those who practice Reform Judaism but also interfaith and LGBTQIA families and individuals – all who seek a stronger connection with their faith, tradition and community.

At Temple Israel, together we Pray, Connect & Thrive! 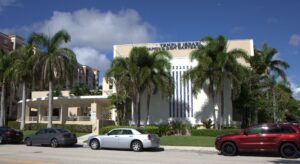