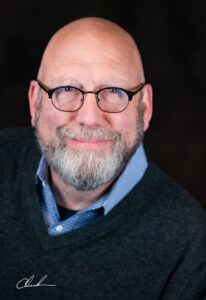 Rabbi Jeffrey Salkin is one of American Judaism’s most prolific and most-quoted rabbis and thought leaders.  His colleagues have called him “an activist for Jewish ideas,” “courageous,” “always relevant,” and “a rabbi’s rabbi.”

Ever since his first book, “Putting God on the Guest List: How to Reclaim The Spiritual Meaning of Your Child’s Bar or Bat Mitzvah” (Jewish Lights Publishing), Rabbi Salkin has been known for his writing, teaching and activism.  His books are on such subjects as ritual, masculinity, Zionism, inter-religious affairs, and how Jews can change the world.  He has written or edited three Torah commentaries – two of which are for teens. Several of his books have won national awards.

Rabbi Salkin’s award-winning blog, “Martini Judaism: for those who want to be shaken and stirred,” is published by the Religion News Service.  His essays have appeared in the Washington Post, Commentary, The Huffington Post, Tablet, Mosaic, Forward and JTA.  He has discussed the American political scene on CNN and the BBC.  He has contributed articles to scholarly journals.

Rabbi Salkin was one of the first rabbis to earn the Doctor of Ministry degree from Princeton Theological Seminary.  He has lectured and taught at major universities and seminaries, and has presented at sermon workshops in New York, Massachusetts, Chicago and Palm Beach.  In addition, in the summer of 2020, Rabbi Salkin delivered the keynote address on religion at The Chautauqua Institution, America’s iconic educational and cultural community.

Rabbi Salkin believes that synagogues should be responsive, responsible and resilient.  During the COVID-19 crisis, he helped transform his synagogue into a virtual congregation.  He created Facebook services (with hundreds of virtual worshipers) and Torah classes on Zoom.  He created “Zooming Out Of Egypt,” a virtual seder to bring congregants’ families together.

Rabbi Salkin is an intrepid Zionist and lover of Israel.  He has served on the boards of Zionist organizations, has led congregational missions to Israel, interprets Israel from the pulpit and in print, and studies every summer at the Shalom Hartman Institute in Jerusalem, a leading center of Jewish thought and education.

Rabbi Salkin grew up in Old Bethpage, NY.  He is the father of Samuel (Kyle) and Gabriel and the grandfather of Noah. His hobbies include playing guitar, movies, reading, travel and learning about coffee. 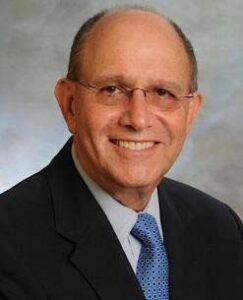 Rabbi Howard Shapiro was educated at Brandeis University and ordained from the Hebrew Union College – Jewish Institute of Religion.  He came to Temple Israel in 1981 with his wife Eileen and their children, David and Rachel, after serving as a chaplain in the U.S. Army in Vietnam and as Rabbi at Temple Sha’arey Shalom in Springfield, New Jersey.

Rabbi Howard Shapiro is active in local and national Jewish organizations, having served as an officer and president of secular and Jewish organizations.   He is very proud of his role as a community builder in the Palm Beaches, bridging different institutions and forging links between people, traditions and congregations.  He cares deeply for Jewish education and loves to teach and to learn.  He is currently seeking his own spiritual path in his retirement, becoming a Jewish Spiritual Director after his retirement.

Rabbi Howard Shapiro was Vice Chair of the Reform Pension Board of the Union for Reform Judaism and Central Conference of American Rabbis.   He has served as a member of the Board of Directors of the Jewish Federation of Palm Beach County, the Commission for Jewish Education and many other organizations.  He has lectured in an Interfaith setting at Florida Atlantic University’s Life Long Learning Society and the Palm Beach Fellowship of Christian and Jews.  He is enjoying these new opportunities in h

is life and prays for health and blessing to be able to spend more time with his wife Eileen and their children and grandchildren. 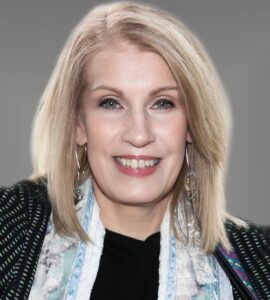