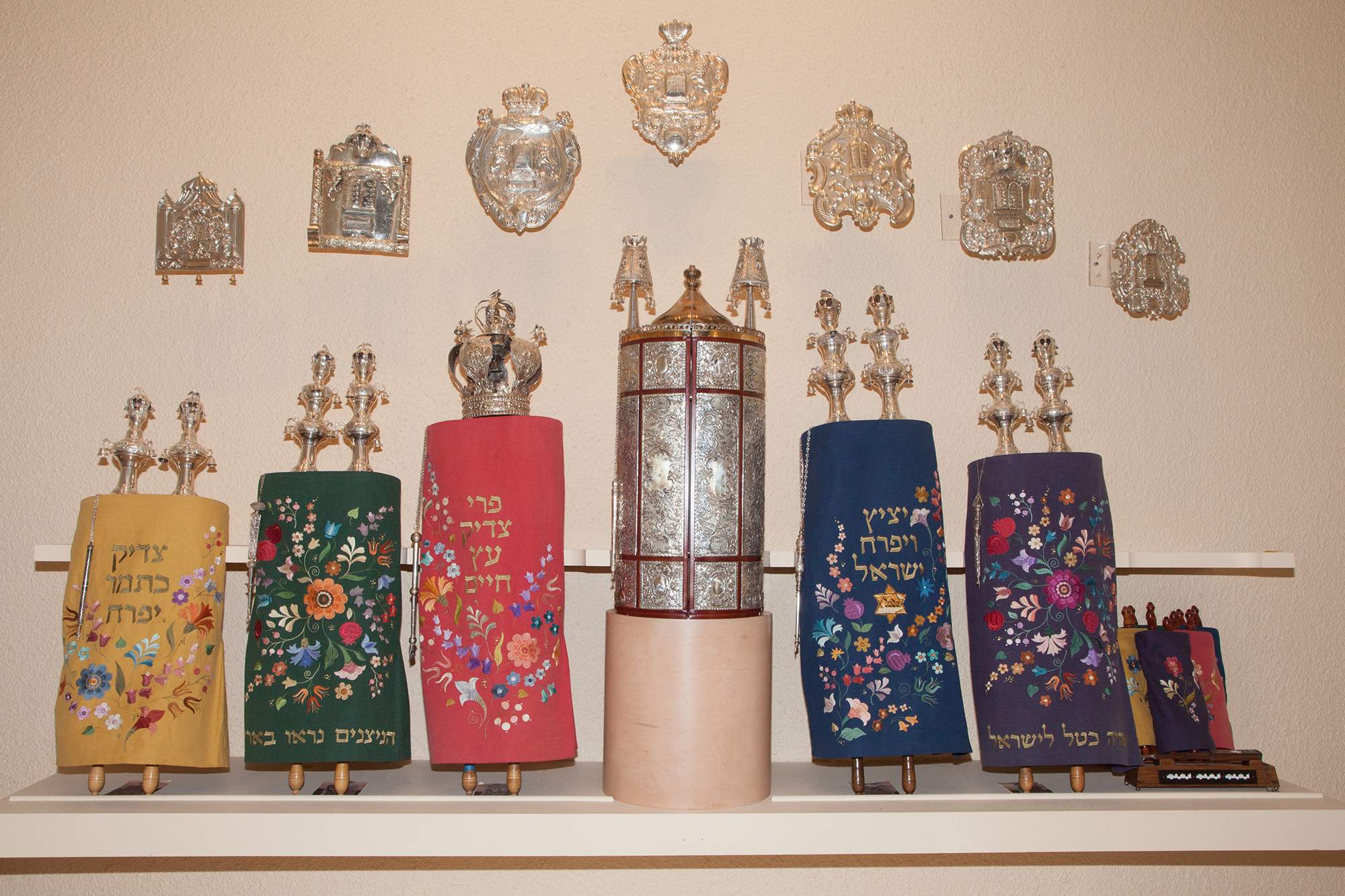 Czech Torah (from the Holocaust)

Temple Israel has the distinct and sacred honor of housing a Torah that survived the Holocaust.

The Sefer Torah – one of about 1,000 rescued Czech Torahs – is on permanent loan to us from the Memorial Scrolls Trust (MST) of London. We were recently entrusted with its words, wisdom, and history, and often use this beautiful treasure at B’nai Mitzvot and during services for Yom Hashoah.

Our Czech Torah came from the small town of Zamberk, a town in Bohemia, west of Prague in the Czech Republic. Only three other Zamberk Torahs survived the Shoah, and now are cared for by communities in New York, New Jersey and Texas.

Following the signing of the Munich Agreement in 1938, all that was left of Czechoslovakia was Bohemia and Moravia, which became a German Protectorate. The Nazis invaded in 1939 and, by 1941, Theresienstadt (Terezin) was created there as a ghetto/transit camp from where, over the next 3-1/2 years, 84,000 Czech Jews were sent to Auschwitz and other death camps. More than 78,000 were murdered.

In 1942, The Jewish Museum in Prague wrote a letter to all Jewish communities in the Protectorate instructing them to send all their possessions to Prague for safe keeping. Over 200,000 items were received including 1,800 Torah scrolls, books, mantles, silver, etc. They were stored carefully in 14 central buildings. But Jewish life incurred additional brutality following the Communist coup in 1948, once again forcing the closure of synagogues and the move of the Torah scrolls. This time, though, they were housed in a warehouse on the outskirts of Prague where their condition slowly deteriorated over the decades.

In need of foreign exchange, in 1963 the Czech government struck a deal for the sale of 1,564 of the scrolls. It was arranged by an American art dealer based in London, Eric Estorick. His client, Ralph Yablon, a philanthropist and founding member of the Westminster Synagogue, made the purchase, and the scrolls arrived at the synagogue on February 7th, 1964.

Only a few of the scrolls were in a usable condition, i.e., Kosher. Some could eventually be restored and many would be used as memorials – silent witnesses of the Shoah. By chance, David Brand, an Israeli Sofer (scribe), was in London soon after the scrolls had arrived at Westminster Synagogue, and he began working on the restorations – a project that continued for nearly 30 years.

The Westminster Synagogue established the nonprofit MST to care for the scrolls that have been allocated to communities and organizations around the world, from Alaska to New Zealand, with over 1,000 in the USA. The MST museum was created at Kent House, Knightsbridge, where more than 100 scrolls are displayed with binders and wimpels. It is one of the largest collections of its type in the world.